Precious had watched lots of American movies and also read books. She knew that beating a child over there was a crime, parents actually got arrested for that. Every day, she wished she was living in America. Why did she have to be born as a Nigerian? Why? She wasn’t a stubborn child, she knew. She didn’t deserve to be beaten simply because she always failed her classwork or she accepted food from her friends, or even because she forgot to wash her socks. She sighed, she loved her mother but she knew if they were in America, her mother would have been serving a life sentence for all the beatings she effortlessly gave out. And it wasn’t just her mother, it was Bola’s mother, Grace’s mother, Chidi’s mother, in fact, all the mothers she knew.

“Oh, you are not eating ehn? Precious, Precious, Precious, how many times did I call you?” her mother shouted, cutting into her thoughts. She had her hands to her ear again. Precious always wondered why her mother and Bola’s mother did that though. Holding on to their ears never made her or Bola hear better, it only made them hear their own voices louder. She was sure that was why they always got so angry afterwards.

“You’re still looking at me, you won’t finish the food abi” she screamed louder and seconds later began to run up the stairs, flying over some of the steps. Wasn’t she being too dramatic? Why was she flying? To ensure she didn’t finish the food before she came downstairs?

Precious knew what was coming. She began to eat the remaining semovita on her plate, immediately. She did not like semovita, it always gave her the urge to throw up but still she ate hurriedly, tears rolling down her cheeks. Her mum had gone to get her weapon, the horsewhip Precious dreaded. She ran back into the dining room almost out of breath, the horsewhip clung tightly in her hands, worsening Precious’s cries. It was a long flexible cane with three long mouths such that when used once, gave out three lashes. It was painful, it was hell. “Mommy, am eating,” she said desperately between sobs. “Oh so you can eat it ehn, so it’s not poisoned again,” she said sarcastically and Precious nodded “No” quickly and continued eating.

“Just thank your stars that I don’t want to beat you this morning,” she said. Precious looked at her sceptically. Really? And she sprinted all the way to her room? “I thought you had grown wings” she muttered as she walked away. She watched her mother moving purposefully around the room obviously in a rush to find something else Precious had done wrong, that desperate look in her eyes. It was obvious that she was already in the mood to yield her weapon. Precious scanned the room as well looking for a mistake she would have made and forgotten about. There was nothing, she was sure about it.

She bent her head to keep on eating when she heard her mother’s sigh of relief. She looked up instantly and saw her lunch box in her mother’s hands. It couldn’t be. Could it? She hadn’t eaten her food in school yesterday and had forgotten to throw it away when she came back home. Her mother opened the lunchbox and what she saw made her face light up with such excitement, all hope was not lost yet for her. She looked up, a small smile playing around her lips as she walked slowly to where Precious was, the horsewhip dragging menacingly on the floor. The cries began again because she knew there was no escaping this time around.

Who agrees with me when I say Nigerian mothers are the best? They are the most sarcastic people on earth, they can scold for days and they love us fiercely. Approximately 98% of mothers in Nigeria beat their children, and I don’t say that with malice but with fact. They beat us with their hands, tree branches, name it. Most of the times, we ran to the front of our houses and cried till our fathers got back from work. We probably thought they disliked us and our dads loved us more. However, although the cane hurt us, I’ll like to believe it hurt them more. We shed tears and they did as well in their own private way.

It may seem twisted but we were beaten because we were loved, that was their way of making sure our mistakes were corrected instantly and we become the best versions of ourselves. It was simply instilling discipline in us. I sincerely believe the beatings helped a majority of us. No? Okay. It helped me though. 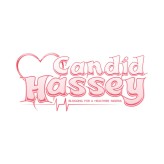 Being Shy and Being Nigerian