This year, part of my new year resolutions was to read at least one book a month and so far I have read 2 books but lol, I am halfway through the both of them. I am not so much of a reader, I like reading but I like reading story books, lol like all the bedtime stories we were being told when we were little. Anyways back to the matter, so the current book I am reading is titled- How they Started by David Lester and I am sure most of you know the stories of most world-class entrepreneurs and how it all started, so I will just be giving a brief analogy of some of the stories that stood out to me;

N/B; Wanna be a leader? then read. Readers make the best Leaders

First, Adidas, now this shoe brand has taken the sporting world with a storm with its world-class sneakers, boots etc. little do most of us know that this idea was birthed by a 20-year-old guy. Whereas most of us in our twenties aren’t thinking business but either trying to finish up school, youth service, secure a job, partying, or just not doing anything.

This young man named Adolf Dassler nicknamed Adi was an avid sportsman with a passion for extreme sports and like many other entrepreneurs spotted a gap in the market- the need for better sports shoes and with that started Adi’s work in making sports shoes. He started from his house till he had enough money to get a factory, while at it, Adi was always determined to make the best of the best despite the odds of the world war as at that time.

His brother joined him and they were making waves in the world and one day they had an issue that caused the business to divided in half and Adi lost 50% but he NEVER GAVE UP. His brother started his own shoe company that has been in competition with Adidas, you guessed it, it is PUMA. Today, world celebrities are wearing his brand and even after His death, he is remembered for his brand.

Moral Lesson; sometimes, the odds might be against you but never relent, spot the opportunity in the market, start working towards the solution and do not give up as determination and tenacity will take you a long way.

Second, Pizza Hut, have you ever been in school and you are so broke? And you start looking for ways to raise money, most of us did buying and selling of clothes etc. these next entrepreneurs started with the aim of raising money for school fees. Dan and Frank Carney aged 27 and 20 respectively started making and selling pizza even without the knowledge on how to make pizza, they got someone to train them and got a small space close their school to make and deliver pizza to people, being the first of its kind around the area, people were very much interested in their pizza and with such humble beginnings they grew and spread across 100 countries today.

Moral lesson; you might see the idea as small and you are scared to start because you might be thinking what will people say but I say to you as long as it doesn’t cause harm to people just START and continue at it, you will be amazed at where that simple idea you started can take you to.

I am going to be doing this in 3 parts, as some stories are pretty long and I would love you not to miss a story. The two next stories will be on … lol not telling you; subscribe to my blog and never miss a post :* :D.

kindly leave comments below on anything about you and big steps you are thinking on taking in your life; let’s interact. 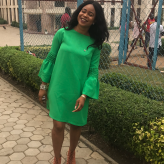